Tips on traveling abroad for the first time 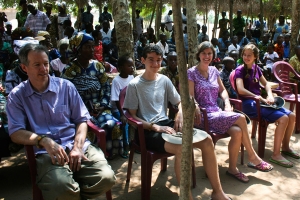 Traveling to a foreign country for the first time can be both exhilarating and anxiety inducing: have you considered all the required information, devices, social protocols and social etiquette? How about finances, security and insurance? Much to consider. Here are some tips on how best to navigate.

Remember that one time I went to Paris and brought my blowdryer so that I could look #fabulous while strolling down the Champs-Élysées, but forgot that the outlets are different and I couldn’t use it so my hair was a giant ball of frizz for eight days?

There are so many details we forget when traveling abroad—some minor (see: the great hair frizz of 2018) and some much more crucial. If you’re planning on boarding a plane and adventuring to a faraway place, here are 10 things you need to keep in mind about traveling abroad.

10 Things to Know About Traveling Abroad

1. Figure Out How You Can Pay for Things Beforehand
“Uh, I’ll just swipe my card, yeah?” Maybe. But maybe not. Michael Turtle of Time Travel Turtle tells Parade.com, “When you’re in a different country, you may not be able to pay for things in the way that you’re used to. I normally always just tap my credit card at home, but there are quite a few countries where you still need to use your PIN, so make sure you remember it if you’re planning to use your card. There are some countries (particularly in Scandinavia) that are moving to a cashless economy, so they may have no option but to use a card.”

If you plan to use a card, one more word of caution: Fees. Watch out for them. “Your bank may charge quite high fees so look into this in advance and investigate your options,” Turtle advises. “You can normally find a credit card offer that will have zero international transaction fees and I would recommend signing up for one of them if you’re going to be doing a lot of travel. On the other hand, there are still a lot of countries that mainly use cash—even Japan, despite its very modern reputation—so it’s also wise to have a card that will let you make cash withdrawals without a huge fee.”

Cash always works too, but again, there’s one caveat you have to be careful of, according to Turtle: “Bringing your own country’s cash and exchanging it is also a good option, although I rarely do that because you’ll always lose a bit of money on the conversion and I prefer not to travel with a lot of money on me.”

2. Dress Accordingly
You may be a stranger in a completely foreign place, but try not to look like it, okay?

“One of my suggestions would be to try to blend in with the locals. You don’t want to stand out too much by looking like a tourist because not only can this be embarrassing but it can set you up as a target for pickpocketing or theft,” says travel writer Reannon Muth. So, what should we do to avoid this?

“To blend in, I’d suggest wearing muted colors or dark colors and avoid wearing sneakers (especially white ones!),” she explains. “In the US, people wear sneakers all the time, but in Europe and most of the other countries I’ve visited (I’ve been to over 40), people only wear athletic shoes when they’re working out. Sneakers are usually a dead giveaway that you’re a tourist. I’d also recommend wearing clothing that’s somewhat stylish (or at the very least fits well and isn’t overly baggy or wrinkled). In the US, a sports hoodie, yoga pants, and flip flops (athletic leisurewear) is perfectly acceptable attire for wandering around town, but I’ve found that in many other countries, people aren’t as casual with their attire.”

3. Invest in a Pair of Good Noise-Canceling Headphones
Flights are long. Planes are loud. You won’t be able to sleep, read, watch movies, or do anything else with the sound of jet engines numbing your ears. “Good noise-canceling headphones for the flight are a must,” says international speaker Adnan Kukic. He recommends the Sony WH1000MX3.

4. Don’t Assume People Speak English
This one is tough, I know. What the heck else are you supposed to speak? Before you go to another country, though, you should brush up on the basics, at the very least. Muth explains why:

“It can be rude to just walk up to a sales clerk and start speaking English. Even if you’re in a touristy area and are 99.9% positive the person speaks English, it’s still polite to greet them in their own language and then ask them if they speak English. At a minimum, you should take the time to learn how to say ‘hello,’ ‘excuse me,’ ‘please,’ and ‘thank you.'”

5. Check Your Phone Plan
During my frizz-filled trip to Paris, I made another startling discovery: Apparently, the phone towers in Las Vegas don’t reach to France. Who knew?

You might be able to use your phone overseas. You might also be charged an arm and a leg for it. “Most plans will charge exorbitant fees to use your phone overseas,” explains Turtle, “although some do have good deals about international roaming, so it’s worth investigating whether your provider does. For most people, though, you’re not going to want to have long conversations or text message conversations on your phone while you’re away.”

Thankfully, there are plenty of alternatives for staying in touch with people—when you have WiFi, that is. “I find it’s quite easy to avoid doing that if you just make calls with something like Skype or WhatsApp when you have WiFi at your hotel,” Turtle says. “The problem is data. We have become so accustomed to using our phone to look at maps, search for public transport timetables, check opening hours, and find reviews of restaurants, that you may be lost (literally) without data on your phone. So, in this case, I recommend buying a local SIM card that has enough data for your stay.”

It’s always good to err on the side of safety, though. “… you shouldn’t assume that you’ll always be able to get an internet connection while you’re traveling,” continues Turtle. “Perhaps the hotel WiFi is dodgy or you can’t get a data signal on your phone. I always make sure to download maps for offline viewing on my phone and I screenshot any directions or public transport timetables that I need. I also take photos of signs at train stations or ferry ports that I might need later on. We are so used to knowing that any information we need is right at our fingertips at home, but that’s not always the case when we’re traveling so it’s better to be prepared.”

6. Take a Nap ASAP
Jet lag is brutal. Your body has its own internal clock, and when it’s disrupted, weird things can happen. According to the Mayo Clinic, it can go beyond sleepiness and even affect your mood and concentration and give you, ahem, stomach issues. No thanks.

Thankfully, there’s a little trick. “As soon as you land in your abroad destination, take a nap, even if for just a few hours,” advises Kukic. “It helps greatly to adjust to the different time zone.”

7. Respect Mother Nature and All Her Creatures
While on an exciting trip, we understandably want to do things we’d never do at home. But there’s a reason to pause and think before you take part in typical touristy activities: It might be to the detriment of a living creature.

“Never ride an elephant (or support animal tourism)!” says Dani West, elephant advocate for Free the Oregon Zoo Elephants. “Interested in getting up close and personal with our majestic wildlife? Support and visit sanctuaries around the world … but do your research! Never ride, bathe, or pay to see them in zoos or circuses.”

Have all the fun you want on your trip, but still be mindful of how your activities impact others.

8. Remember That You Might Not Be in a Service-Based Country
“… the US is unique in that we’re a ‘service industry country,'” Muth tells Parade.com. “In nearly every other country I’ve visited, this isn’t true. Americans’ version of ‘good customer service’ doesn’t exist. Shopkeepers may not greet you when you walk into a store and waiters might not come and refill your water glass. They aren’t being rude; that’s just the norm in their countries. You’ll often find that you’ll have to hunt down a salesperson or waiter in order to purchase something or put in an order.”

Muth explains that this extends to ordering food at a restaurant. You might not get as much special attention as you would in the US: “Similarly, when you order in a restaurant, it’s customary in most countries that you don’t ask for substitutes with your meal. You order what’s on the menu and that’s it (no ‘dressing on the side’ requests or ‘Can you add almond milk instead of regular milk?’). This really isn’t done unless you have an allergy and it’s actually considered rude. It’s a quick way to earn a reputation for being a ‘demanding crazy American.’ Obviously, you can ask for substitutes if you really need to. But I’d just try to keep it to a minimum. If you have to change the entire order to fit your tastebuds, you might be better off ordering something else.”

And while we’re on the topic of food…

9. Be Prepared to Change Your Eating Habits and Meal Schedule
“Eating and drinking can be very different in another country and it’s important to be prepared for things to not be the way you would normally expect,” says Turtle. “In Spain, for instance, dinner is always eaten very late so you may often not find restaurants open at 6 p.m. or 7 p.m. But I’ve also been caught out in smaller towns in Europe where they’ll stop serving dinner at 9 p.m. In countries like Morocco or Malaysia, you’ll rarely find alcohol served with meals for religious reasons, so don’t expect you can have a glass of wine with dinner. And in Japan, you may come across the restaurants where you have to order all your courses from a vending machine at the entrance before you sit down.”

Tipping also varies from country to country and culture to culture. “In North America, it’s expected to leave a considerable tip for every meal, while most places in Europe just expect a small token of a couple of euros, while many Asian countries find a tip to be rude and you shouldn’t leave anything,” adds Turtle.

10. Stay Aware of How Much Space You’re Taking Up
“Unless you grew up in a crowded city like New York, you may not be accustomed to maneuvering through cramped subway cars or crowded marketplaces, but in many other countries, space is more limited than it is in North America and locals are experts at taking up as little space as possible,” says Muth.

“This also applies to your voice—talk quietly in public. Although it’ll differ depending on where in the world you’re traveling to, I find that in most of Europe and many places in Asia, people speak quietly and remain more reserved when talking to strangers,” continues Muth. “This is partly cultural but also because people in, say, Tokyo, are used to moving among thousands of people every day and are conscientious about not disturbing people around them by speaking too loudly.”

Traveling abroad is exhilarating and eye-opening. Just do your due diligence before you go and always be mindful of your behavior.

Tweet
Published in News Articles
More in this category: « Awesome Solo Travel Ideas for 2020 Looking for travel inspiration? »
back to top