What does the future hold for tourism? The answer may lie in Asia 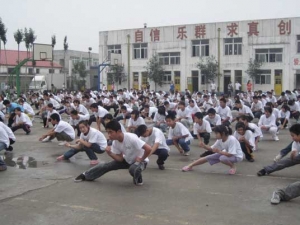 For most countries, staying isolated is not an option they can afford long-term, and experts predict it's just a matter of time before other countries create travel bubbles of their own. Countries are searching for pair-up partners, that appear to have their outbreaks under control, Globe Aware will be staying updated with this information as well.

The future of tourism in the coronavirus era: Asia may hold answers to what's ahead

Bangkok, Thailand (CNN) — It's a sunny day on Bangkok's most famous tourist street, and shopkeeper Cletana Thangworachai is open for business.

Her Khao San Road shop is crowded with shiny magnets, brightly colored elephant key rings and the patterned cotton pants that have become an unofficial uniform for backpackers in Southeast Asia.

But for now, there's no one to buy them.

The coronavirus pandemic has had a devastating impact on travel, with the UN World Tourism Organization estimating that international tourism could decline by up to 80% this year over 2019, putting at least 100 million jobs at risk.

In Thailand, where tourism makes up 18% of the country's GDP, the Tourism Authority expects visitor numbers could be down 65% this year.

Many, like Cletana, are struggling to make ends meet. Before Covid-19, she could make $300 a day. In April, Thailand banned all international flights into the country, and now, her daily earnings are down to $2 -- sometimes even zero.

But the 45-year-old, who has been selling souvenirs on the street for more than a decade, still opens her shop each day, hoping that she may get lucky with a rare passing tourist.

With so much at stake for livelihoods and economies, countries around the world are looking at ways to keep tourism businesses afloat.

New Zealand and Australia have committed to creating a "travel bubble" allowing visits between the two countries -- once it's safe to do so. China has begun allowing domestic travel, although its borders are still shut to most foreigners. Thailand is considering special tourism resorts that double as quarantine zones.

But experts warn that even with new initiatives, it could take years for travel to rise to pre-Covid-19 levels. And even when it happens, we might never travel in the same way again.

In the short term, the future of tourism is regional travel bubbles.

Australia and New Zealand have committed to a travel corridor, which is not expected to come for a few months. In Europe, Estonia, Latvia and Lithuania have announced plans to open their internal borders for citizens of the three countries from May 15.

For most countries, staying isolated is not an option they can afford long-term, and experts predict it's just a matter of time before other countries create travel bubbles of their own.

Vietnam and Thailand could look at creating a travel corridor over the next few months, according to Thailand-based Mario Hardy, chief executive of the nonprofit Pacific Asia Travel Association (PATA).

When countries are looking for pair-up partners, he says they will be considering a few factors. They'll look for countries that appear to have their outbreaks under control -- and that have statistics they can trust.

Hardy thinks they're also likely to stay regional at first.

In Asia, the big question will be over China -- the world's largest market for outbound tourism.

Surveys show that Chinese tourists are keen to stick with what they know and not travel too far, says Bill Barnett, the managing director of global hospitality consultancy C9 Hotelworks. That means Thailand, which attracts around 11 million Chinese tourists a year, could be one of the first to open up travel to China.

China may be less interested in opening up travel to places where there was anti-China sentiment during the outbreak -- places such as Australia, says Freya Higgins-Desbiolles, a senior lecturer at the University of South Australia who researches tourism.

"I think tourism is going to be damaged by the geopolitical games or strategies that had been played out to take advantage of the crisis," she says.

And bubbles will be volatile. If there's a resurgence of cases in a country, the travel corridors will just close, adds Hardy.

It's likely to be a long time before there's widespread traveling beyond our regional bubbles, say experts.

That means that travel from the United States to Asia, for instance, will be a long time away, notes Hardy.

For countries that are heavily dependent on tourism, they will need to balance health concerns with economic concerns. But even if they feel pressure to open up beyond a bubble, that doesn't necessarily mean they will see a flood of visitors.

"If one country wants to open up, but nobody is comfortable going to that country for whatever reason, it's not going to work," points out Sobie.

And there may still be travel strategies besides bubbles.

Thailand is considering opening certain areas to foreign tourists, meaning that visitors are effectively contained in one place, such as an island.

New Zealand claims it has "eliminated" the coronavirus as the country announces the easing of restrictions from "level four" to "level three," with new cases in single figures.

"This will be beneficial for both tourists and local residents, since this is almost a kind of quarantine," says Tourism Authority of Thailand Governor Yuthasak Supasorn.

But the appeal of that will depend on what quarantine rules stay in place -- if Australians still need to go through a two-week quarantine after they return from a Thailand holiday, they might not be overly keen on an island retreat.

Meanwhile, countries that normally attract large numbers of foreign students may look at loosening rules to let them in. That includes New Zealand, which is considering allowing foreign students back into the country if they complete a two-week quarantine, national broadcaster Radio New Zealand reported.

After 9/11, airports around the world rolled out additional safety measures. Experts expect coronavirus will be the same but with the focus on health.

The question that remains to be answered is what those measures will look like.

Passengers may have their temperature checked at the airport or be tested for coronavirus before they board the plane. But there are issues to be worked out around that. Authorities will need to be comfortable that rapid tests are accurate and decide how long before a flight a passenger needs to be tested.

Another suggestion is that passengers carry immunity passports, which signify if they are immune to coronavirus. China has already rolled out a form of that -- all citizens have a QR code that changes color depending on their health status. They need to show it to get into restaurants and shopping malls.

What will staying in a hotel look like in the near future?

But again, there are issues that need to be worked out.

The immunity passports rely on the idea that people who have recovered from Covid-19 can't be reinfected. But for now, there's no evidence that they have antibodies that protect them from a second infection, according to the World Health Organization.

Even if they have developed immunity, it's not clear how long that would last. Also, we don't yet have widespread antibody testing, which would be necessary for this to work.

The immunity passports could also be used to indicate whether a person has been vaccinated against coronavirus -- but it could be 18 months or more before there's a vaccine on the market, and even longer before there are mass vaccinations around the world.

"My understanding is you can't expect international travel to go back to what it was before, really until we have a vaccine," says Higgins-Desbiolles. "A lot of this is guessing at this moment and looking forward."

With so much unknown about tourism's future, there's a battle raging within the industry about whether this could end up changing tourism forever -- possibly even for the better.

Some, like Barnett, think that eventually things will go back to normal.

"I'm not saying it's going to happen today or tomorrow, it's going to be a two-year climb uphill to get this back," he says. "This is not going to 360 the travel business."

Others, like Hardy and Higgins-Desbiolles, see this as an opportunity for a reset -- a time to look at addressing longstanding issues such as the effects of overtourism on local cultures and the environment.

"There's people like me who say that we need to rethink everything," says Higgins-Desbiolles.

"If you do things right, where you get this idea of tourism being based upon this idea of fairness, hospitality, respect and good interactions, everybody benefits from it because then you feel welcomed as a tourist."

She wants to see tourism that's slower and more thoughtful -- tourism that doesn't just benefit the traveler, but also the local economies and local communities.

In theory, that means people such as Cletana and others working in Bangkok stand to benefit. But for now, they are more focused on the immediate future.

On Thursday, Niwet Phumiwetsoonthorn, who has been driving tuk-tuks on Khao San Road, told CNN Travel his daily income had slipped from up to $70 down to $2 or even nothing. He has no money to send back to his wife and children in another province.

For the first time in his life, he has been queuing for food donations.

Cruise passengers have gone home, but the crews that looked after them are still stuck at sea

"I just can't spend my whole day inside my room and watch news on TV. It makes me even more anxious," says Niwet, who still waits on the street with his friends though he has no customers. "We are cheering each other up to pass the day."

Shop owner Cletena -- a widow with a son who requires treatment for health issues -- has little savings and no plan B.

"I don't know if and how this is going to get better," she says. "This kind of outbreak -- people will be scared for a long time."

Tweet
Published in News Articles
More in this category: « Everything you need to know for safe travel in Mexico during coronavirus Coronavirus will reshape travel »
back to top