November 2013 Volunteer of the Month 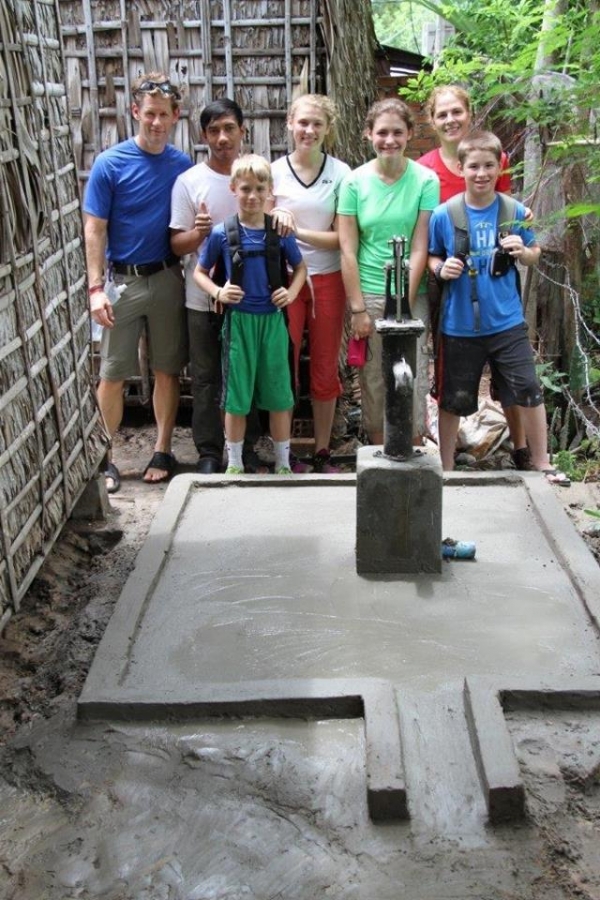 My family sat out on our Cambodia trip with two goals. The first: To teach our children that Happiness is not tied to material wealth. The second: To show our children that commonalities between people, regardless of culture, far outweigh our differences. The trip allowed us to convey both intended lessons, and so much more.

We brought our three kids:  Maggie, 17, Claudia, 15, our 13 year old, Liam, and Caiden, 10. Maggie gained the most from the two relationships she formed during the trip. The first relationship was with a young local boy named Chanda. They bonded over common interests like science, education, and their desire to help others. Chanda’s ambition and bravery really motivated Maggie in understanding the importance of education. The other relationship was with the GlobeAware Coordinator Steve. Steven was a great example of a young man mixing service work with his regular life. His way with others, and love of other cultures really sparked Maggie’s interested in pursuing studies and careers focused around Global service.

Claudia really fell in love with the children of Cambodia. It seemed that every time we would look up she would be entertaining the local kids in one way or another. While working with the children she seemed to have found a love and talent for teaching. I feel she discovered a calling for teaching from her experiences in Cambodia. It really allowed for her to place her first world teen problems in perspective.

Liam dove feet first into the well digging and wheelchair building. In no time at all he was the master of our wheelchair construction team, refining his method to a lighting fast pace. He also enjoyed bonding with the local boys. One of the strongest bonds he formed was between himself and a boy named Luk. Liam also showed interest in the Landmine Museum. Like most boys his age Liam is extremely interested with anything related to the military. The museum allowed him to see the actual effect weapons have on actual people.

We were afraid that Caiden, being our youngest, may not be able to absorb the message that the trip had to offer. Thankfully he proved us wrong. Caiden’s greatest lesson came from the key relationships he formed while in Cambodia. One of the most important relationships he formed was with a toddler named Panja. Caiden stepped into a caregiver role for Panja, which was really fun to see. He protected Panja and kept him entertained and engaged. He also formed a relationship with a boy named Sam Po. The boys shared an age, and while they loved horsing around, Caiden really admired the responsibility Sam Po showed at such a young age. Overall Caiden formed lasting connections despite the culture and language barriers.

The benefits weren’t just exclusive to our children. Stan and I realized our newfound appreciation of the Cambodian culture. The people there strive to better not only themselves, but each other as well. One child that really touched us was a young boy named Semeen. This boy was one of the students in the English class I taught, and an amazing artist. The orphanage would even sell some of his work for fundraising. My prayers go out to this young man in hopes that he will continue to nurture his many talents God gifted him.

My husband and I considered ourselves the “givers” at the beginning of this trip. What we learned was that we received much more than we could have ever given. We learned that it’s all about the relationships we form that make our life journey worth taking.