Recent events in the Middle East have put travelers on edge. Here are some tips on staying safe if you plan on travelling to the region in the near future.

By MEERA JAGANNATHAN and ANDREW KESHNER 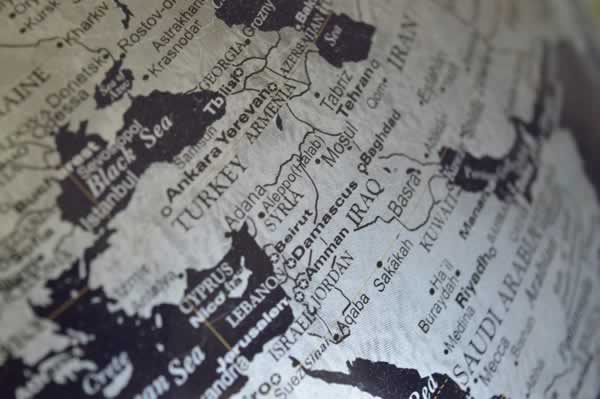 Tourists at the Khazneh, or Treasury, in Petra, Jordan. The popular destination is in a region of the world where tensions can be expected to rise after an U.S. airstrike in Baghdad, Iraq, killed a top Iranian military official.

Iran and Iraq are obviously not destinations for most U.S. tourists, but experts say U.S. citizens should exercise caution when traveling to other countries in the Middle East following the U.S. airstrike that killed Iranian military leader Qassem Soleimani at Baghdad’s international airport last Friday.

Iran, which has several armed allies in the region, retaliated Wednesday by firing a volley of ballistic missiles at two American military bases in Iraq. The Federal Aviation Administration banned U.S. airlines from flying over Iran, Iraq and waters of the Gulf of Oman and Persian Gulf, and Reuters reported that a number of non-U.S. airlines, including Emirates and Lufthansa, had canceled flights around Iraq and Iran.

Meanwhile, a Ukraine-bound Boeing 737 BA, -0.77% operated by Ukraine International Airlines crashed Wednesday after taking off from Tehran, killing all 176 people on board. Ukraine’s embassy in Tehran said the crash was under investigation by a commission, and that any statements about its causes before the commission’s decision were “not official,” the Washington Post reported.

Iran and Iraq are listed as Level 4, meaning do not travel to them, by the State Department, while Israel and Jordan are deemed Level 2, calling for increased caution.

Travel experts advise caution when visiting the Middle East. “Any of those places in the Middle East, I would have a heightened level of concern,” Tim Bradley, managing partner of IMG GlobalSecur, a Tavares, Fla., a firm advising companies, nongovernmental organizations and mission groups on safe travel across the globe, said last week after Soleimani’s killing.

The State Department did not respond immediately to a request for comment Wednesday, but it urged all U.S. citizens last week to leave Iraq “due to heightened tensions” in the country and surrounding region.

The department sent out a string of notices on Twitter TWTR, +1.25% cautioning American citizens in countries including Morocco, Lebanon, Kuwait to maintain “a high level of vigilance” and “good situational awareness” in light of the tensions in the region. American citizens in Bahrain should also be on the lookout for demonstrations or unrest, the State Department said.

“While we have no information indicating a threat to American citizens, we encourage you to continually exercise the appropriate level of security awareness,” a department tweet stated.

The State Department regularly issues travel advisories on a 1-to-4 scale; countries rated at Level 1 are places where travelers should “exercise normal precautions,” while Level 4 is a warning not to travel to a country so designated.

For context, Iran and Iraq are listed as Level 4 countries, while places like Israel and Jordan are deemed Level 2. These are countries where the State Department says travelers should use “increased caution.”

Travelers should be especially aware in public squares, and should also recognize that U.S. embassies and Western-branded hotels can face increased risks of attack, Bradley added.

The State Department’s ‘Smart Traveler Enrollment Program’ is a free service under which travelers send their itineraries to the department.

What about Americans planning travel to lower-risk Middle Eastern destinations like Jordan, the United Arab Emirates and Qatar?

“Don’t cancel your plans,” said Matthew Bradley, the regional security director for International SOS, a medical and travel security services firm (and no relation to Tim Bradley of IMG GlobalSecur).

That said, travelers to those traditionally lower-risk regions might still minimize their movements to reduce the risk of being a victim of circumstance, he said, and maintain a heightened sense of awareness.

Tim Bradley said there are other ways to plan ahead: