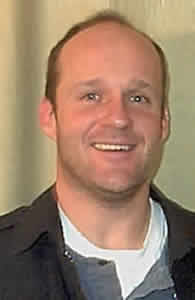 David is a Dallas native, and current Los Angeles transplant – but still a committed Cowboys fan! His background is colorful and varied. He has been through Globe Aware volunteer program training, and is one of our leaders to the GA Thailand program. His past travels in Asia have included: Thailand, Hong Kong, Japan, China (including many remote areas). Favorite color is blue. Past careers, including but not limited to: navy pilot training, insurance broker, dog walker, financial advisor, waiter, and actor (numerous national television commercials, theater, improv, and stand-up). The eventual plan is to faze out one of those last 2 options- guess which one? Throughout all of these careers, he has been a volunteer in a variety of capacities - from candy striping at hospitals in various states, to Children’s Memorial in Chicago, where he was the host of TV shows broadcast throughout the hospital, to his current volunteer gig as the complete storytelling program for pediatrics at Cedar Sinai in Los Angeles. He was an African-American history major at Amherst College, where he played rugby, sang in Glee Club, which included tours of the former Czechoslovakia and the former Soviet Union, and even managed a semester abroad in London at Queen Mary College where he was affectionately known as “Dave, the American” by the QMC Rugby Club. His pet names include Blacky, Tammy, and Mortimer. These are names of his pets - not pet names for him. Those friendly Thais couldn’t help but name him Smiley.