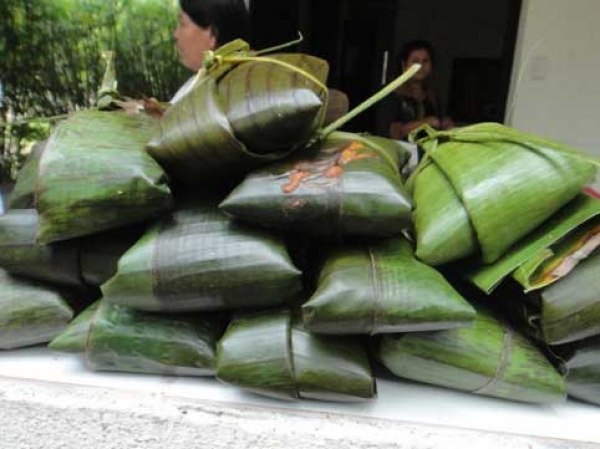 This program was a really good mix of volunteer work, cultural excursions, and "downtime". What I particularly liked about this program was the opportunity for meaningul interaction with individuals - we spent a whole day with the family for whom we installed a cement floor (and most of the neighbourhood dropped by to check it out at some point), which provided a unique opportunity for relaxed interaction. Anne's library program is amazing and the volunteers got the sense that we were really needed/appreciated in this role of practicing English with kids and adults. Spending time with local change-makers like Danny at the Harmony Reforestation Project and Dona Maria, the 74 year old midwife/herbalist was an honour and a great learning experience for us.

We appreciated the free time to relax given that much of the volunteer work was physical - building a cement floor, gardening etc. Gringo Perdido is a bit isolated and food is only available at set mealtimes; so my only suggestion would be to offer some snacks, even just a bowl of fruit, in between meals. Having said that, staff were very helpful in packing breakfast if we had to leave early (like 5 am for Tikal).

I've travelled a fair bit in Central America so there were not a lot of big surprises. Although I was a bit surprised at the large expat community in Flores/El Ramate - I was not expecting that. We met a fair number of retired Americans, Canadians and Europeans who were making their retirement savings go farther in a less developed country, but also volunteering and making a big difference in their community, which was inspiring. Also people still seem to have a perception of Guatemala as being dangerous: even welltravelled friends were concerned we were going there. Which is not the case at all, of course. We felt quite safe walking the streets and did a bit of exploring on our own, walking into El Ramate or taking the local chicken bus into Flores.

The material was helpful in terms of a sample schedule and knowing what to expect in general. Some things in there were not correct (ie you can't use hairdryers at the hotel). I REALLY wish we had been given accurate information about what items would be most needed in the community. We were told small rod dehumidifiers (not needed, no one had heard of them - luckily we did not take any) and eyeglasses (which we brought, but did not seem to be the most needed item). What was needed were medicines (Anne's shipment last year was held up at the border and has still not arrived), children's books in English and Spanish, soccer shoes & soccer balls. If we had known this, we could have brought thigs that were most appropriate & needed in the community. It would be very helpful for volunteers to be able to contact the co-ordinator directly prior to the program. With respect, it seems to me that the resistance to this is a proprietary issue for Globe Aware which is being allowed to interfere with opportunities to assist the host community effectively. - Martha Heder, February 2015

Tweet
More in this category: We made an impact on the people in the right way »