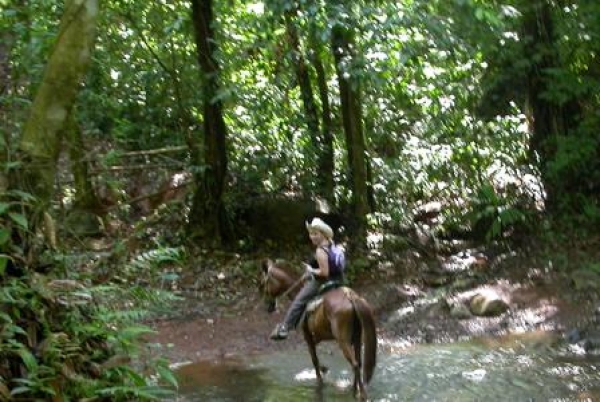 I vividly remember how I felt leaving for Costa Rica in April 2011. Nobody in my class could stop talking about how excited they were - excitement to leave the country for the first time, to travel without their parents, to get out of a couple days of school. I didn't have many feelings. I wasn't dreading the trip, but I wasn't particularly looking forward to it. I didn't know what to expect. I definitely didn’t expect my feelings – or lack thereof - to change so quickly. In five days, the village of El Sur, Costa Rica stole my heart. Two weeks after returning home I searched for ways to return, and through fundraising and long hours of work, in July 2011 I went back for two weeks - completely alone, not speaking a word of Spanish. Those two weeks were inspiring, rewarding and a major turning point in my life. Junior year of high school soon took over and didn’t allow a moment to think about anything except schoolwork and SATs, let alone leaving thecountry, but this summer I had the opportunity to return for a week, and January 2013 I’ll be back for two more. - Sophie Marsh, July 2012

Tweet
More in this category: « Project meant a lot to the whole community Felt welcomed into their community »